City streets are full of energy and culture, color, sight, and sound. Learn the special techniques you need to capture their dynamism in the pages of your sketchbook.

Join us on the lively streets of Brooklyn where Jedidiah Dore will demonstrate how to capture a scene that jumps off the page. You’ll learn how to create unforgettable visual stories packed with emotion by weaving energy throughout your work.

Jedidiah is a generous and enthusiastic instructor famous for making reportage drawings that feel truly alive. Together we’ll experiment with color, line work, and washes to create his signature dynamic effect.

In just a few spirited hours, you will complete an energy-filled watercolor. Jedidiah will teach you to edit a complex composition, explore spontaneity, create happy accidents, and build up rich layers of watercolor and ink. Soon you’ll be able to capture urban scenes that pulse with vitality.

This workshop is designed for all levels. Experienced urban sketchers will learn how to bring dynamism into their drawing. Beginners will learn to shift to “play” mode rather than worry about “technical” skills. Everyone will startle and delight themselves with what they make.

We will be working with the Derwent Line and Wash Paint Pan Set, a breakthrough in watercolor field sets developed by Derwent in collaboration with Jedidiah.

“I’ve found the Sketchbook Skool workshops helpful and fun. I love that I can re-watch the sessions and appreciate the interaction with instructors.”

“I was in a creative rut… feeling blocked and uninspired. The Sketchbook Skool helped me find my motivation again. I’m so thankful.”

“The diversity and knowledge that each workshop at Sketchbook Skool offers is truly unique!” 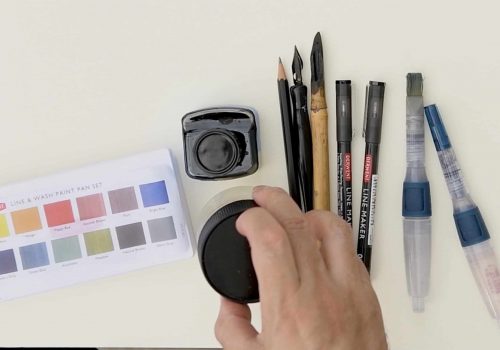 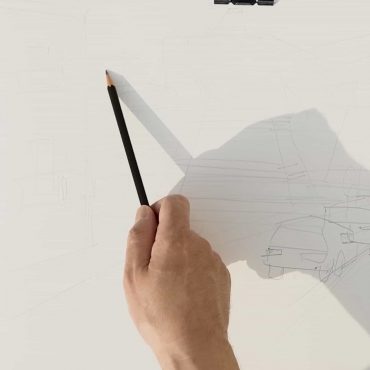 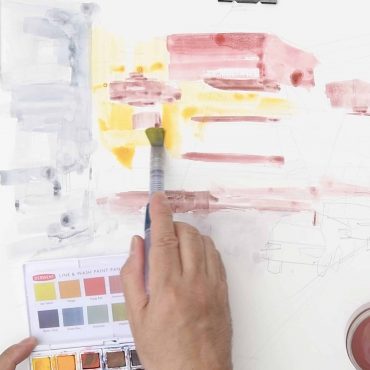 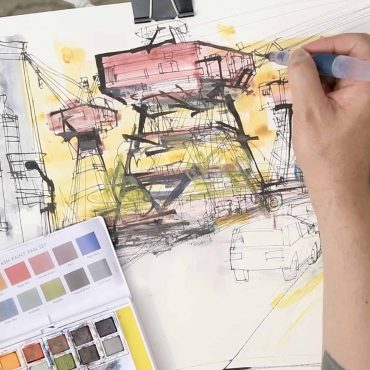 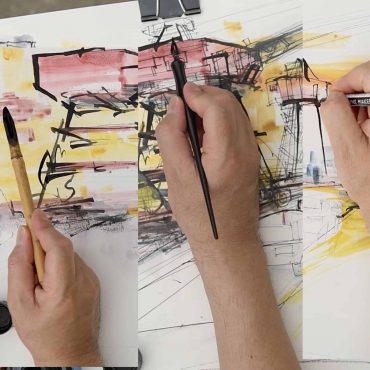 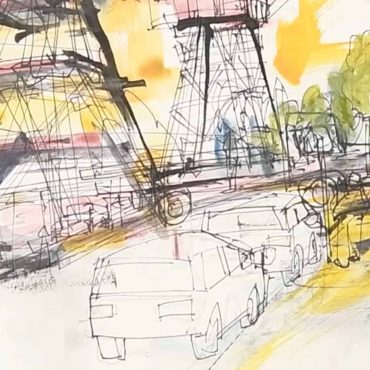 Jedidiah Dore is an Artist and Educator based in Brooklyn, NYC. He specializes in reportage illustration and painting. He is currently commissioned to paint a large-scale NYC Murals Project at the landmark Daily News Building in Manhattan and create art for an upcoming exhibition for NASA. Jedidiah was raised by NASA Ames in Moffett Field Naval Air Station in California. After studying painting and illustration at Pratt Institute, and inspired by his love for science and space exploration, he began an ongoing project called Stellar Science Series and a reportage drawing series chronicling throughout the 5 boroughs of NYC for over a decade and counting.