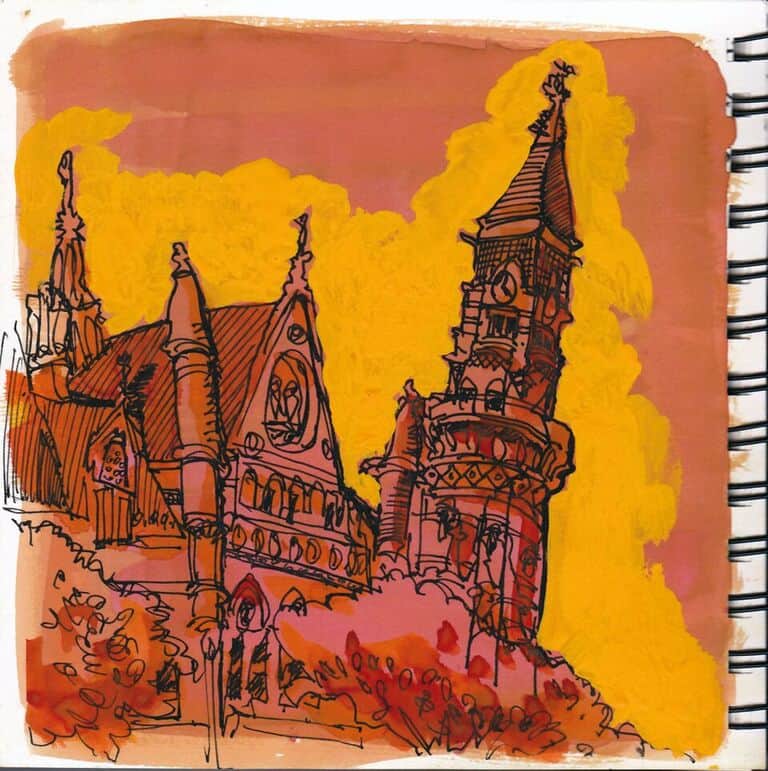 Urban Sketching: What to Do With a Sketchbook You Hate

I’ve always been a nervous sketcher. When I sit down to Draw Something Good, it usually turns out not so good. But if I just grab some scrap paper and a ballpoint pen, I get something that even my monkey, the critic in my head, has to admit is pretty good.

I tried using the beautiful new sketchbook and immediately found the excellent paper intimidating. Well, the first page of a sketchbook is kind of a throwaway, right? But the feeling continued: My artwork wasn’t up to the standards of the sketchbook.

Still, it felt wrong to let the sketchbook go to waste, so when I had to do some creative lettering for my website, I used that. In my mind, that meant the paper had been used to some good purpose, not just me noodling around. I was missing the point entirely: Sketchbooks are meant for noodling, and doodling, and sketching and drawing and painting. They want to be used. It’s what they were made for.

I finally got this while packing for a trip to Philadelphia. I needed a sketchbook to take with me; the plan was to do a bunch of loose, quick sketches while my husband took photos. Impulsively, I grabbed the intimidating sketchbook.

Philadelphia is a city filled with art. Everywhere you go, there’s a great statue or mural or fountain or neighborhood filled with mosaics just waiting to be drawn. It’s a paradise for Urban Sketching, and that’s exactly what I did. I began sketching whatever was in front of me, whether it was a work of art or a glass of ginger beer. I used a calligraphy pen, rather than a regular marker or pencil, because I wanted an odd line of varying thicknesses. I went fast and loose—after all, I’d already sullied the “good” paper, so it didn’t matter how the sketches turned out.

And they turned out great.

That’s just my opinion, and here at Sketchbook Skool, we rate artwork by how it makes us feel while we’re doing it. And I felt great. I didn’t feel intimidated by the high quality of the sketchbook for one minute; in fact, I felt it was perfect for the job. The lettering I did for my website even brought some interesting element to the drawings. (You can see it in the sketch I did of a statue, below.)

The sketchbook I first thought was so beautiful and then came to hate is now my favorite. I filled it with sketches done on a fun trip, and every time I look at it, I get to relive each moment I enjoyed with my husband.

If you have a sketchbook you think is “too good,” go Urban Sketching. Draw fast and loose, go deliberately and stubbornly for imperfection. Use a pen you don’t usually use. Draw what’s in front of you, make memories. You’ll come to treasure the sketchbook that showed you how to let the artist in you go wild.

Want to learn how to create Urban Sketches? We have a whole amazing kourse on that. Click here for more on Urban Sketching! 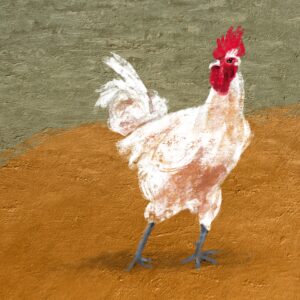 How to have confidence as an artist

Are you absolutely confident when you announce “I am an artist“?  Can you even say that phrase aloud at all? In this episode of our