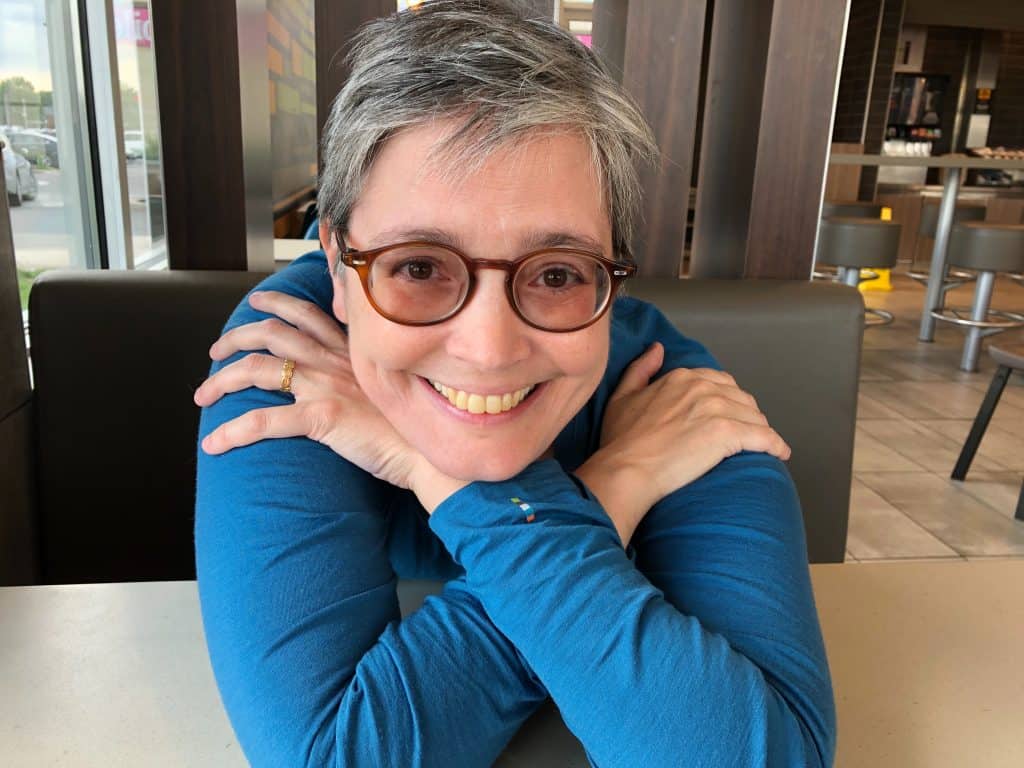 Eliza Callard is a well-studied Sketchbook Skool student who has dabbled in all sorts of kourses and lives in Philadelphia, PA in the US

Q: Eliza, what got you started on your creative journey?**

A: My older brother and I drew dragons as kids, and I always thought his were so good. We’d get my parents to judge them, and Ben would win *Most Detailed* and I would win *Most Original.* I felt for a long time like *Most Original* was code for: *Does Not Look Like A Dragon.* It took a long time to see my *Most Original* and *Most Colorful* awards as describing a style I’ve had my whole life. I love color, and I love playing. I also love the challenge of practice, the joy of cross-hatching, and the delight of catching a likeness. 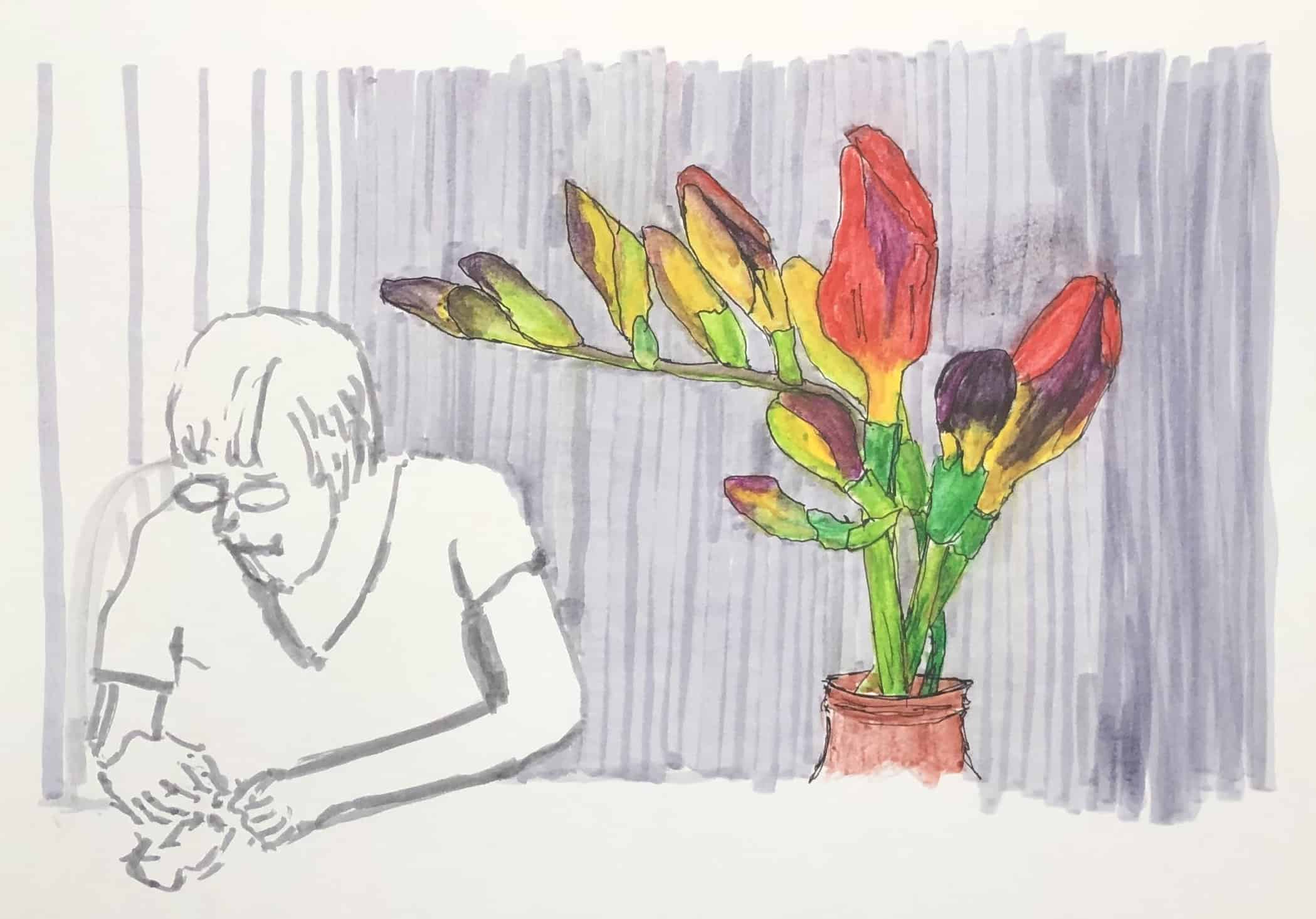 Q: What kourse at SBS has meant the most to you?

A: Two of the SBS kourses changed my life and continue to change it every day. Approaches to drawing that I learned in *Seeing* have become engrained habits for me—looking for shadow-shapes, doing contour drawing, picking anything and trying to convey it. And *Watercolor Rules!* was the first time I’ve taken a newly launched community kourse and really felt the community aspect. We laughed, watched videos, and cheered each other on. The information was transformational to my watercolor practice, and it was like my favorite college classes—energetic, challenging, and full of engaged students! 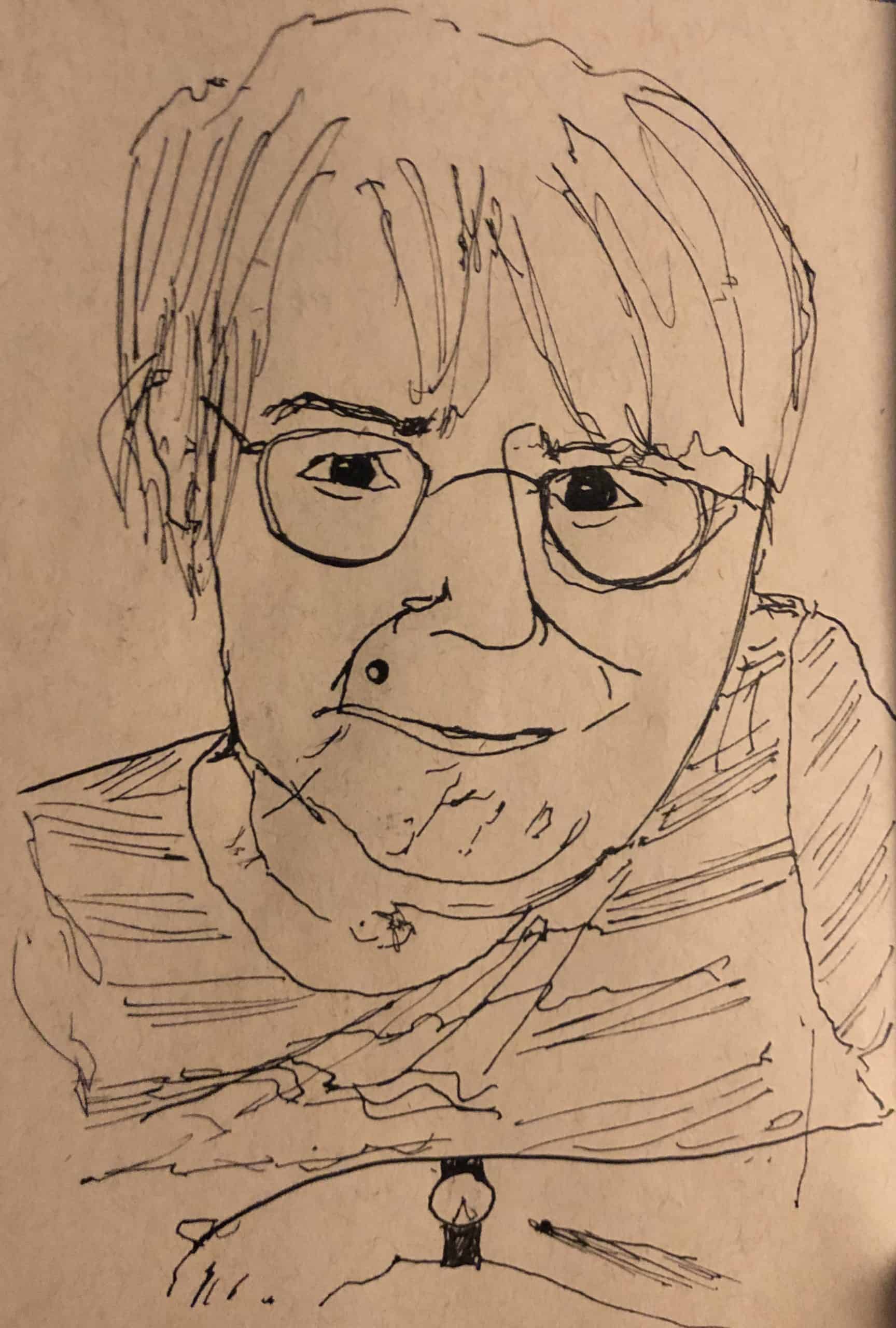 Q: How has art or drawing impacted your life?

A: I’ve spent a long time with two jobs—take care of my Cystic Fibrosis, and take care of my Mom. She had Parkinson’s and dementia, and she died in my arms less than two months ago. Here’s how drawing entered the picture—when I was a teenager, spending weeks in the hospital for my CF, I drew my favorite window to the world. When I was an adult in the hospital, I drew pictures to accompany my poem as part of my entry in The Sketchbook Project.

And when my wife and I moved in with my parents to take care of them, I started drawing my Mom regularly. In a way, it was one of the few things that helped. I drew her smiling, I drew her drooping, I drew her in the ER, and I drew her dying. To be honest, it took some oomph to pick up my sketchbook at the end—partly from exhaustion and partly from embarrassment. But I am glad I did. The sketches I have at the end of her life are not all “good,” but they capture an intense and moving moment in my life. 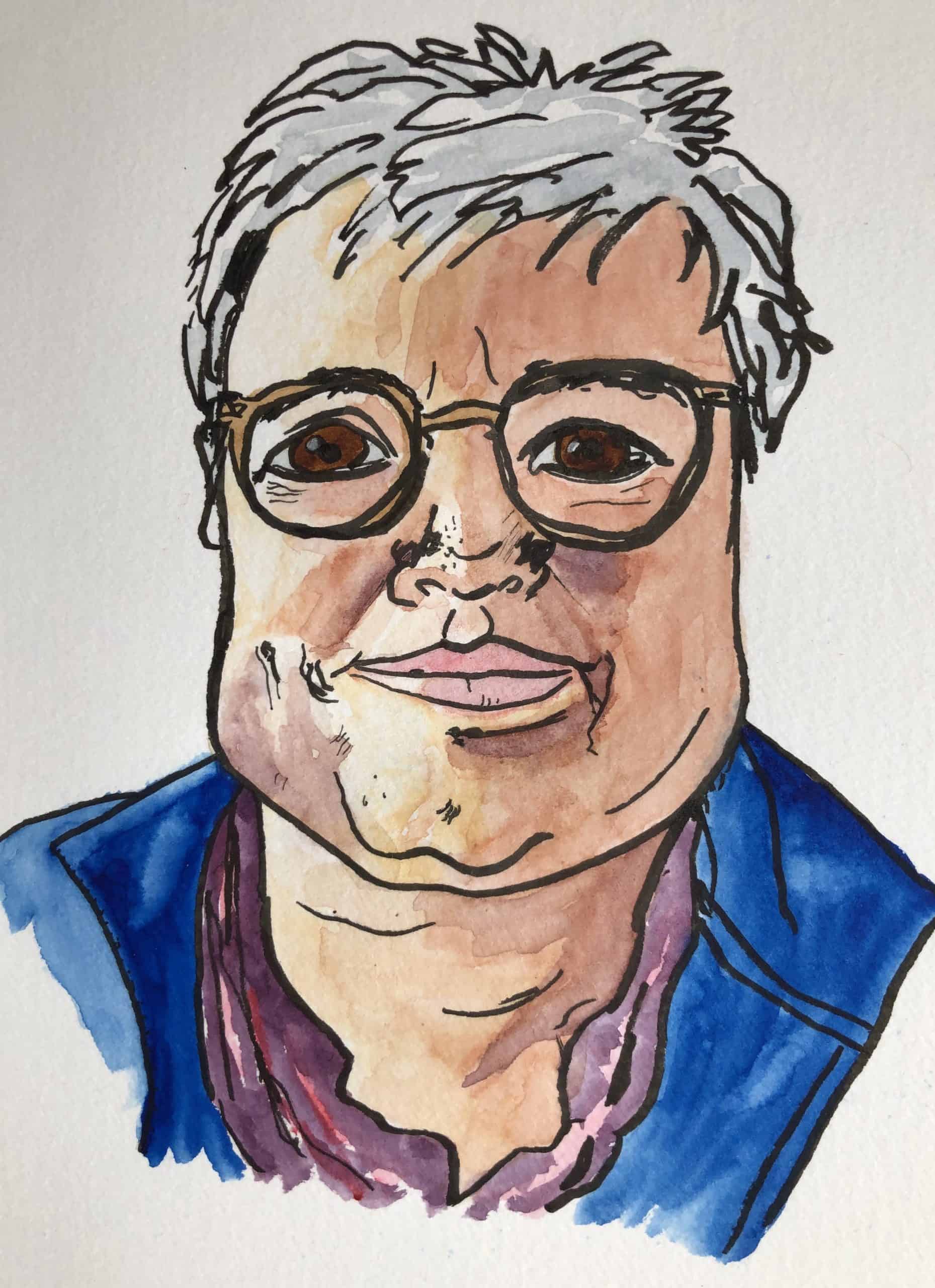 Because of my CF, I’ve been on disability since 2004. It’s strange to be one of the oldest “CFers” around. My parents were told I would die as a teenager, but through medicine and effort and a lot of luck, I’m now 45! I’ve had depression, panic attacks, and OCD for a long time, and plenty of lung, gut, sinus, and pancreatic issues stemming from CF. This all makes me proud of my silver hair—I earned that color!

Now, I get to draw selfies with that color hair, and learn from Koosje and Danny how to be more accurate and expressive. I can draw my dinner and I can watercolor paintings of my two cats. I draw everywhere now, and while my art doesn’t always turn out the way I’d hoped, I know two things: keep learning (take kourses!), and practice, practice, practice.

Eliza has shared so much with our community and we can’t wait to see her art develop even more!