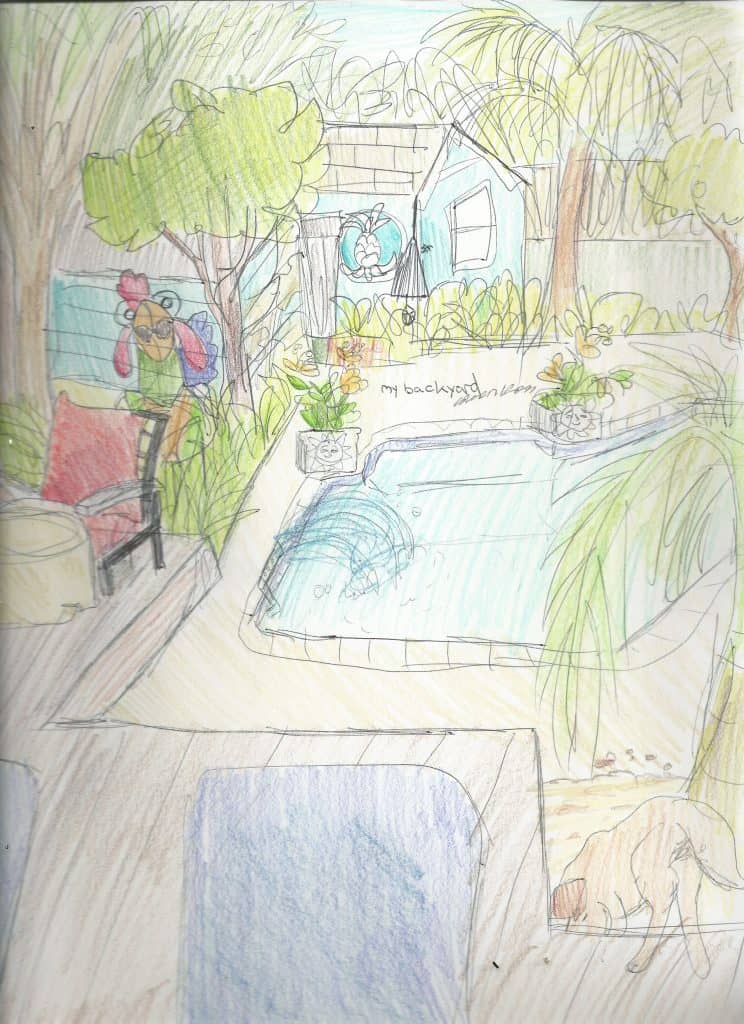 Letter from a Young Sketchbook Skolar

I love Sketchbook Skool. I look forward to it every day when I wake up. The teachers are hilarious, creative (obviously), and amazing. They each have their own talents and their own art forms they excel at.

I loved getting a chance to use watercolors besides my kiddie ones that I’ve had since I was three (I got a water brush pen and Van Gogh watercolors for my birthday). I tried out some of the materials used and suggested by Danny, Koosje, Prashant, Jane, and Tommy. I really like using all of them, and they are just as good to make art with as the instructors say.

I would go so far as to say I only put down my Bic Uniball to eat and drink. I’m waaaaaaaaaaaaaaaaaay more confident drawing in pen, and I’ve started to take after Tommy and I never leave a drawing unfinished.

Saying Sketchbook Skool is amazing, fun, cool, and interesting would be a total understatement. Almost every day, when the time is good and there aren’t too many clouds, I grab my water brush, sketchbook, and pen. Then I go outside and capture the sky. It’s like taking an interactive photograph.

One day I even went outside in a light drizzle and drew a bird sitting on the grass in my yard. In pen. I didn’t even realize I was using a pen until after I’d started. The light droplets of rain make the ink run, but it gave the bird a cool, elegant look.

Merriam-Webster may not have a definition for Sketchbook Skool, but I do.

Previous Post Tips: How to Fit 100 Travel Souvenirs in 1 Bag Next Post In Case You Missed It: Rick Beerhorst on Raising a Creative Family