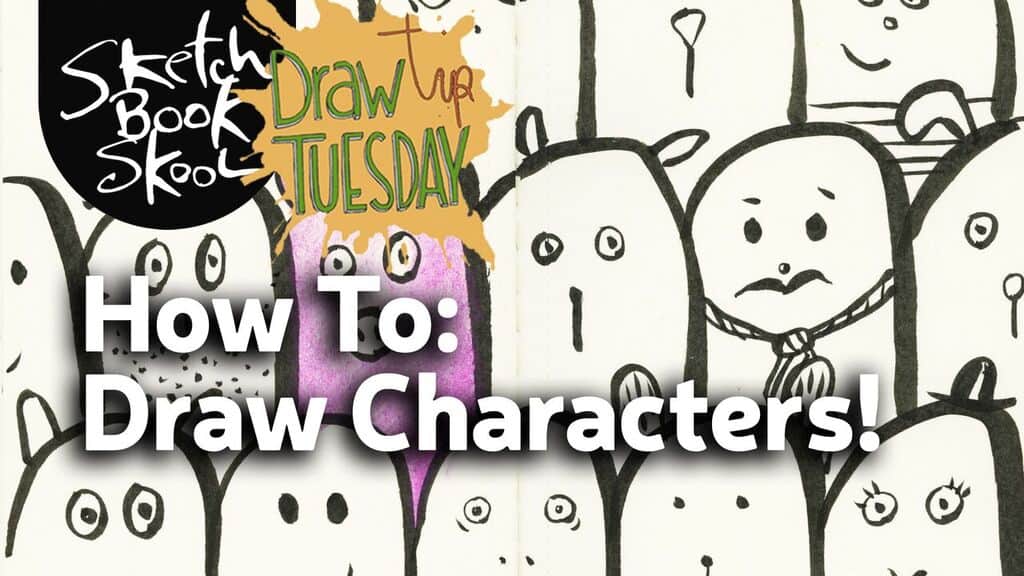 Draw Tip Tuesday: How to Draw a Character

Mickey Mouse, Charlie Brown, Tin Tin, Dilbert, Fido Dido, Garfield… These and many more beloved characters started out small, probably as a scrawl, a scribble, an idea just beginning to pop. Fido Dido was, in fact, a cocktail napkin doodle, which then went on to become a well-known character seen on greeting cards, t-shirts, and more.

In this week’s Draw Tip Tuesday, Sketchbook Skool co-founder Koosje Koene teaches you how to transform a doodle into a fun character. Who knows? Your scribble could turn out to be the subject of a children’s book or comic strip, and the next name on that list of famous characters.

Who’s your favorite character? Have you ever created a character? Tell us about it in the Comments section below.

Making art is cool. It’s also fun and good for your brain, but most important, it makes you feel awesome. You can take our online art lessons in community klasses or on demand. Once you enroll, they’re yours to keep for life; watch them when you want, as often as you want. Click here to enroll now.

Koosje Koene is the co-founder of Sketchbook Skool and the creator of Draw Tip Tuesdays, as well as her new creativity kickstarting blog column, Therapy Thursdays. Koosje teaches Draw It Like It’s Hot, the Sketchbook Skool food and recipe illustration kourse, and is a featured teacher in many other SBS kourses.